The children today can’t imagine being in a world where there are no screens. There are literally born in the midst of it all with a variety of electronic devices at the tips of their fingers. Although digital devices provide endless hours of entertainment, there is tons of educational and informational content out there, too. Unlimited screen time poses a lot of damage to a child’s body and brain.

The parents of today are the first ones to think of ways to limit screen time for their children. There is no denying that we are living in digital times and smart devices have become an important component of our daily lives. Screens are used popularly in schools, too. Children have to learn to balance their time between real- and digital-life activities. 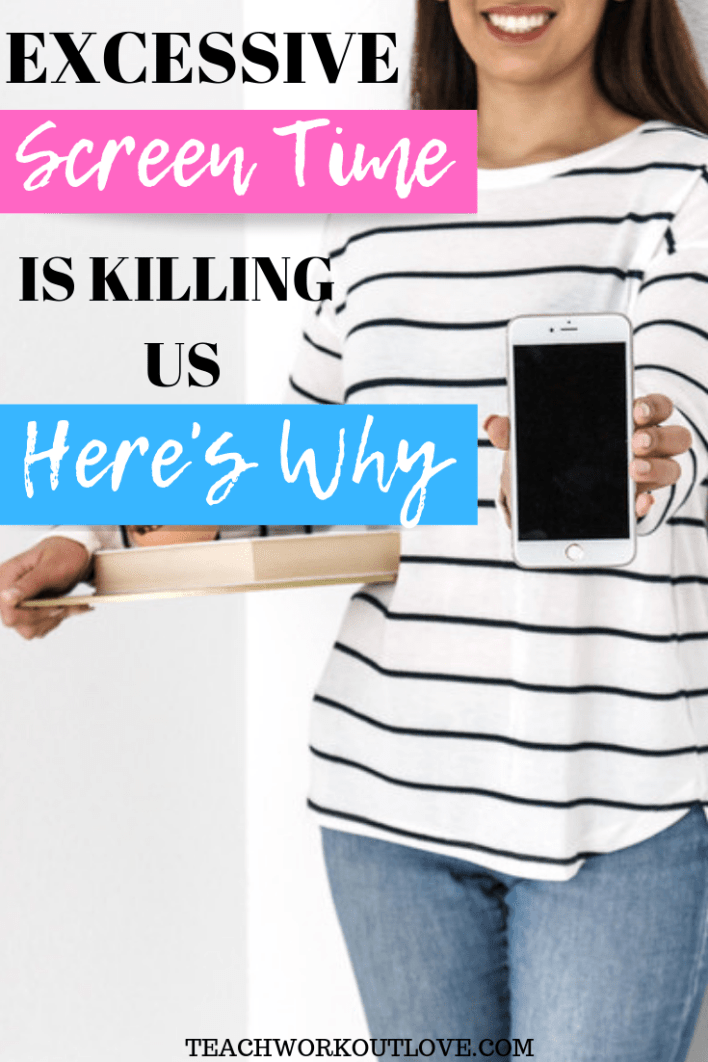 According to the American Academy of Pediatrics (AAP), 75% of children between the ages of 0-8 have access to a smart device. Even the one- and two-year-olds use mobile devices on daily basis. An average of 8- to 10-years-olds spends about 8 hours every day on different media and, as for older children, they spend more than 11 hours on smart devices per day.

The numbers are alarming, to say the least. Research reveals that teenagers who spend an excessive number of hours on their electronic devices suffer from a low psychological well-being. 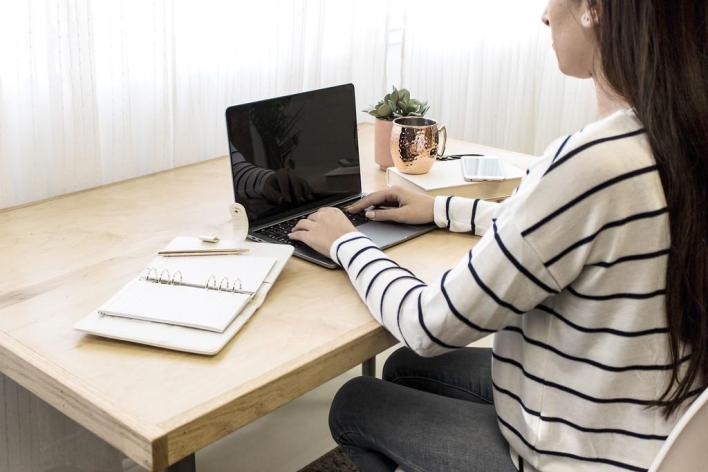 Children under two years of age shouldn’t have any exposure to screens. This is due to the reason that increased screen time delays their speech according to AAP. No matter which screen is being used the TV with whole family sitting in front of it, or the family in the same room and every one of them staring at their smartphones, too much screen time leads to harmful consequences.

Behavioral Issues: Children who go to elementary schools and watch TV or use smart devices for more than two hours every day are more prone to exhibit attention, emotional, and social problems. Watching TV excessively leads to bullying behavior in children as well as violent TV shows, movies, and video games impact children’s brains. They imitate whatever they see on the screens according to the American Academy of Child and Adolescent Psychiatry.

Also, those who have a TV in their own rooms do the worst on academic testing.

Health Issues: Engaging in video games, watching TV or sitting with tablet/mobile for hours, is a sedentary activity that leads to gaining weight.

Sleep Issues: Using mobile devices before bed is extremely harmful as the blue light that emits from the screen interferes with the sleep cycle can cause sleep issues like insomnia, restless sleep or reduced sleep hours. 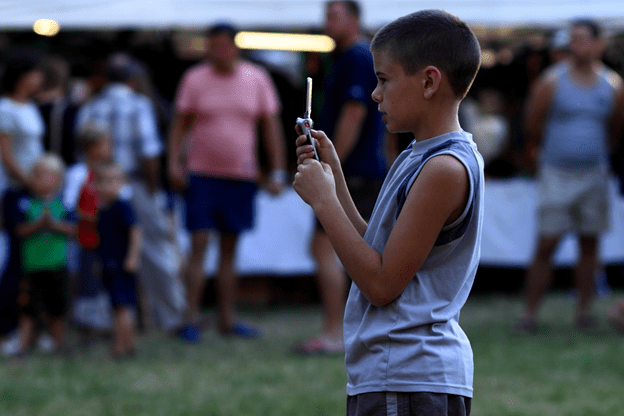 The Risk of Blue Light

The best thing to do is to take the needed protective measures from an early age as this is when the eye’s media, particularly the lens are substantially clear and let a lot of blue light enter the retina.

As per Vision Council, 30% of parents report that their children experience one of the following signs after they have had more than two hours of screen time per day:

According to a new study, the time we spend using screen results in some negative shifts in our brain activity while reading leads to beneficial changes in the brain. Another study revealed that the brain chemistry of children with cell phone addiction was different than those children who used screen moderately.

The cells in one of the brain’s reward areas are activated when a person gets more likes on their Instagram picture, research reveals. This suggests that social media is addicting. Apart from looking at the brain, it is more important to acknowledge how screens are affecting the behavior as well as the psychology of the brain. Jean Twenge’s study states that teenagers who use screens excessively in the form of social media, gaming, internet and even texting mull over suicide more than kids who don’t.

Cutting Back on Screen Time

What can parents do to keep their child’s eyes safe from harm along with their overall health? Is banning smartphones altogether is the solution? Bear in mind, it’s unlikely that your children will quit their smartphones altogether. It is not possible. And apart from the addictive nature of social media, the phones actually come in handy.

The key is to take the correct preventive measures so that you can limit the amount of blue light that reaches the eyes when they use digital devices.

Use Anti-reflective coating and eyeglasses

If your child wears glasses, an ideal solution is to get your kids eyeglasses whose lenses lessen the amount of blue light which emits from computer, smartphones and tablet screens. There are many manufacturers creating eyeglasses to filter blue light.

You can also apply an anti-reflective coating to the lenses that will block the blue light from reaching the eyes. The sun emits a lot of blue light than digital devices so always opt for those sunglasses for your child that helps in limiting blue light.

Using Xnspy allows you to monitor your child’s digital activity remotely. It is a complete monitoring solution that lets you keep an eye on what your child watches on the smart device along with how much time he spends on it. Xnspy lets you access the text messages, call logs, locations, web browsing history, and a lot more. Installing the app on your child’s phone would bring you all that is going on their smartphone. 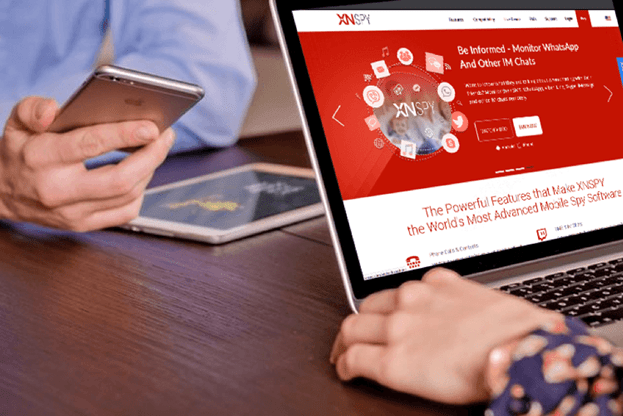 If your child doesn’t wear glasses for eyesight than the best option is to get a protective blue light filter, and apply it to your child’s smartphone/tablet.

To lessen the risk of your child disrupting their sleep/wake cycle, create a “no-screen” rule about two hours before their bedtime. Kids over the age of two should not spend any more than two hours a day looking at a screen.

You can also set time limits on your child’s phone use. Tech companies such as Apple, Google have recently introduced time management apps and features that lets parents monitor their child’s screen time.

You need to be a proactive parent. Spend quality time with your child and find some activities to do on your own without any technology or devices nearby. Last but not least become the example you want them to follow. If you have healthy screen habits, your child will follow suit.

Hi, I am David Bennett; currently living in Massachusetts and proudly and single-handedly raising my three children. I believe I am blessed with a naturally-positive mindset when it comes to parenting children. Whenever I get the time, I love writing about my parenting experiences to help other mums tackle their parenting issues like a pro!

How Parents Can Assist Children in Becoming Stronger Readers at Home 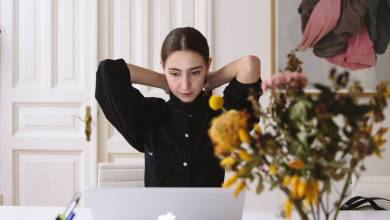 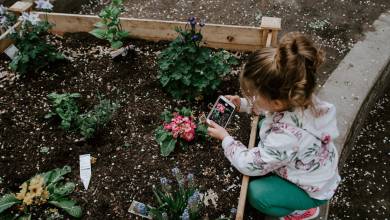 6 Tips for Gardening on a Budget 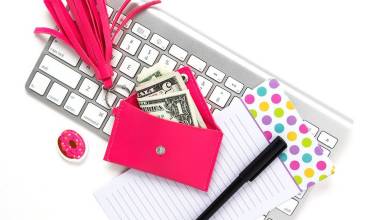 9 Frugal Tips for Families to Save Money & Still Enjoy!