Having internet access is something that is second nature to individuals and families across the world. You can access the internet on your phone, in airports, through your TV, even through your watch. Unfortunately, as easy as it is to get internet access, there are many individuals and families that are not able to easily access the internet and it is causing a social divide between local individuals. This article will detail the event I attended about Comcast’s program Internet Essentials and how it is helping low-income families get connected to the internet. 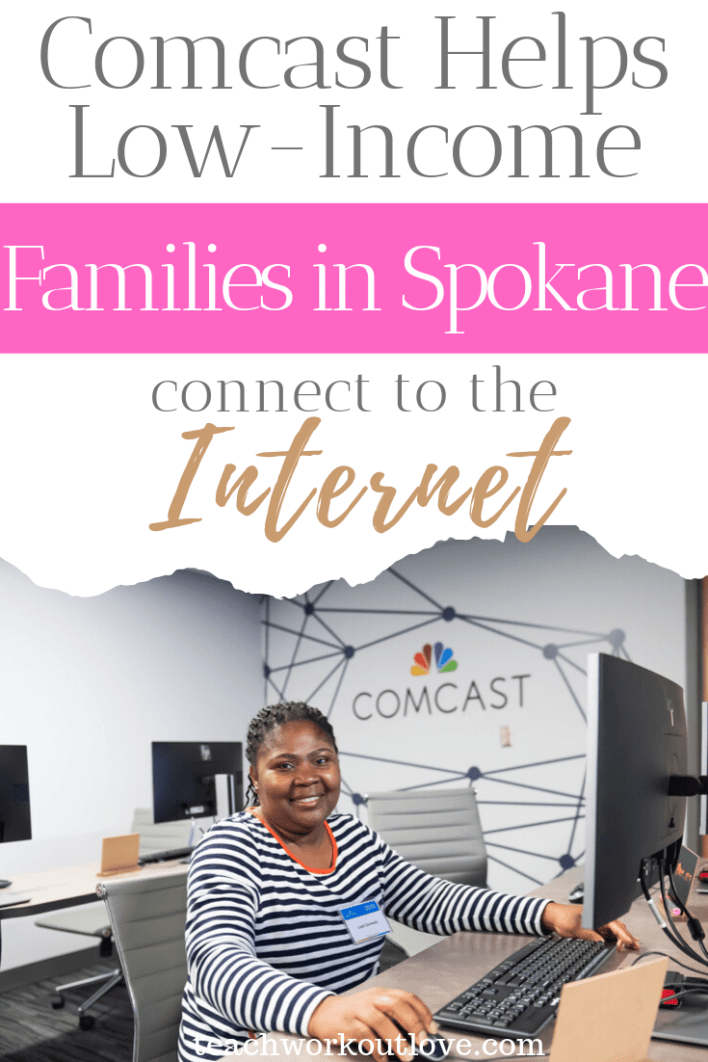 This past weekend, I had the pleasure of attending an event here in my hometown Spokane. The event was put on by Comcast to help low-income families, low-income seniors and low-income individuals with disabilities be able to connect to the internet at affordable prices.

Attending the event, I had the great honor of interviewing David Cohen, Senior Executive Vice President and Chief Diversity Officer of Comcast. I also spoke with Rico Roman, a Comcast Ambassador and U.S Paralympian and Military Veteran. Lastly, I interviewed the Mayor of Spokane, David Condon. We spoke about the benefits of Comcast’s program, Internet Essentials, for low-income families, low-income seniors, and low-income individuals with disabilities. It was an amazing honor to have been able to learn from them about their views on Internet Essentials and find out more detail on how it helped local Spokane families.

It was quite amazing to see some of the speakers that were asked to attend the event as well. Eastern Washington’s U.S. Congresswoman Cathy  Rodgers also attended the event. Although I did not get to interview her, she talked about the amazing even that had been held earlier in the day at the downtown Spokane Goodwill facility. Comcast unveiled an interactive digital classroom that is now located in the Goodwill building, 130 E. 3rd Ave. 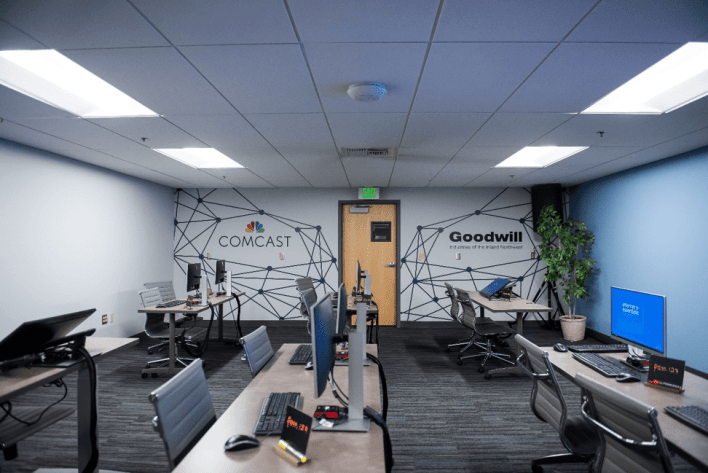 What a great way for locals in downtown Spokane who are not able to connect to the internet because they are homeless or don’t have any at their home. They are now able to look for jobs, connect with family members that don’t live in Spokane and access their healthcare or VA plans.

The best part of the night was when Comcast also donated 50 laptops and 6 months of complimentary internet services for families participating in the Family Promise program. They donated the laptops in the name of David Condon, the mayor of Spokane. These families transitioning from being homeless into housing, it can really help them get off their feet now and never look back. 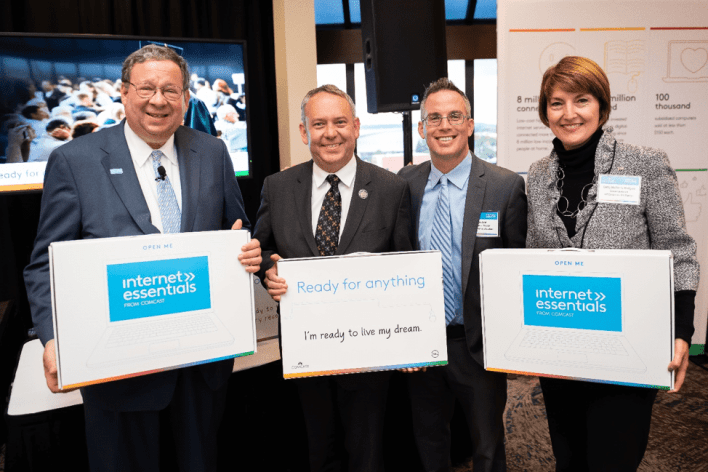 Internet Essentials is an amazing program that was started by Comcast to help low-income families get connected to the internet. More than 8 million low-income individuals and families have signed up for this low-cost internet program, including 340,000 residents in Washington state The program gives residents in Spokane that are receiving any government assistance that qualify to be able to connect to the internet for $9.95 monthly.

When speaking with Rico Roman, he mentioned that being a military veteran, having internet is important for staying in touch with old friends. Moving around the country brings you farther from your family and friends. Having the internet allows you to be able to stay in touch with them, no matter where you are. Sometimes that might be the only thing that helps you get through the day. So not only are they helping low-income families but also low-income seniors and veterans as well. 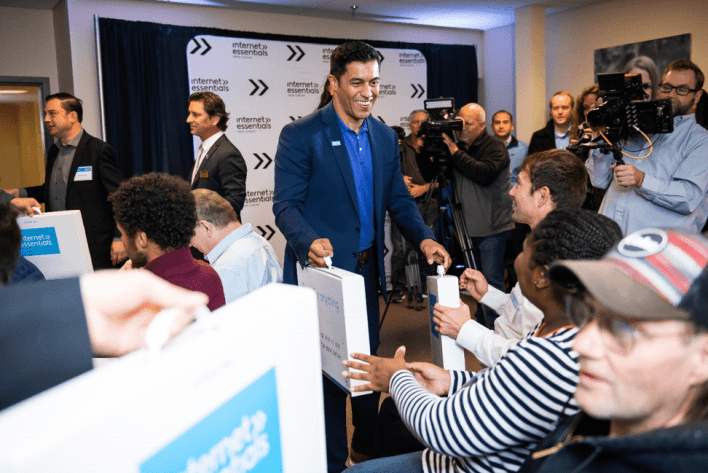 At the event this past weekend, David Cohen shared a powerful video about a veteran named Josh. He had two daughters and wanted to go back to school. He didn’t have a way to connect to the internet and he was doing his degree online. He would have had to give up time with his girls if he had not had internet in his home.  By signing up with Internet Essentials, he was able to spend more time with his daughters and complete his degree at the same time.

One of the many pieces of information that resonated with me was from David Cohen. He used the words “equity of opportunity” and related it to giving every American every opportunity to connect to the internet. Now this might be something that is hard to connect with because you are able to access the internet wherever. But there are individuals and families that can only access the internet from the public library.

Growing up in a household that revolved around computers, it’s hard to understand that some families might never have a computer in their home. But being a local teacher, I can see how the divide is really happening and it’s our job to help catch those children up who haven’t been able to have technology at home. Children who are school-aged are required to take tests on iPads and do research on technology are set up for failure without having the internet at home. Adults who need a job or need to find a doctor have no way to do this without having the internet. David Cohen state that it is a “necessity of competing in the 21st century.” By having Internet Essentials, it is helping close the digital divide that stands in our country. 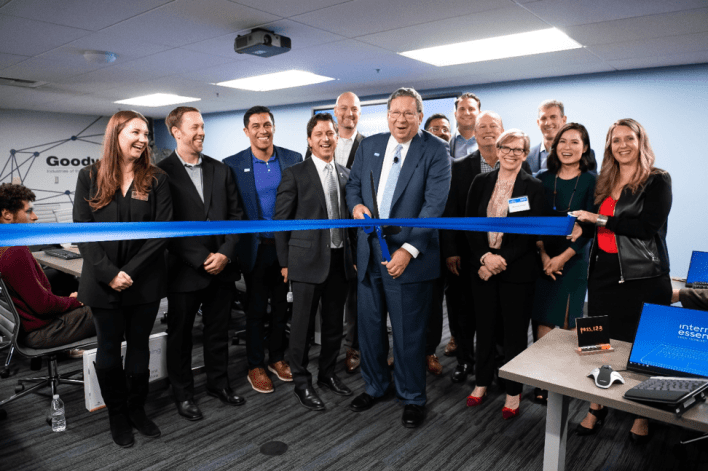 How it helps local families

Spokane is an up and coming area in Eastern Washington, however there are many low-income families that are in need of support. Comcast came specifically to our city on their 12-city tour and are providing support for many low-income families and our homeless population by connecting them to the internet. One major struggle is that these individuals and families don’t have access to their healthcare information, help doing children’s homework, applying for jobs, creating a resume, or the necessities for competing in the 21st century.

Did you know that in Spokane, Washington there are 34,000 households that are now signed up for low-cost internet programs through Comcast? This means that children who are school age will know how to use the internet before adding school. Children who are required to take state tests online will have the advantages like others because they can now access the internet from their homes. As a local teacher, I know the struggles that low-income families have with using the internet. We usually cannot send homework home that requires the use of internet because we know any of our families aren’t able to access it on a daily basis.

Overall, I am so glad I got to attend this event. It hit home on so many levels. Being a teacher in a low-income area, being a military spouse and dealing with PTSD and living in Spokane, knowing the population. I love that Comcast came to Spokane to help our low-income population have a chance at competing in the 21st century. Knowing that someone cares and that there are opportunities on every angle is a step in the right directions. 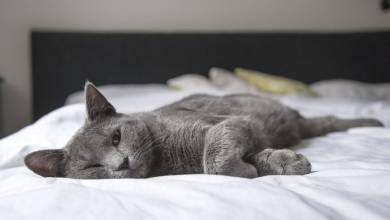 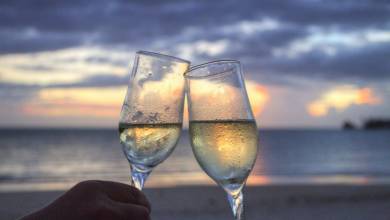 How to Incorporate Date Night Into Your Busy Schedule 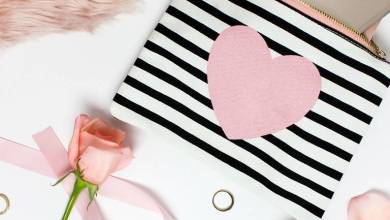 What’s the Actual Difference Between Lust and Love 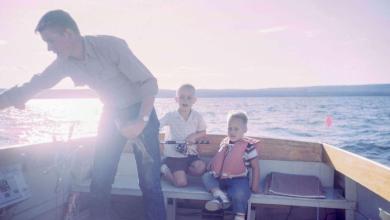 The Best 2020 Holiday Gifts for Dad