Every day in February, we are celebrating the 28 Days of Mom Love with bloggers across the globe. Make sure to come back and check out our posts every day this month! Click here if you missed one! 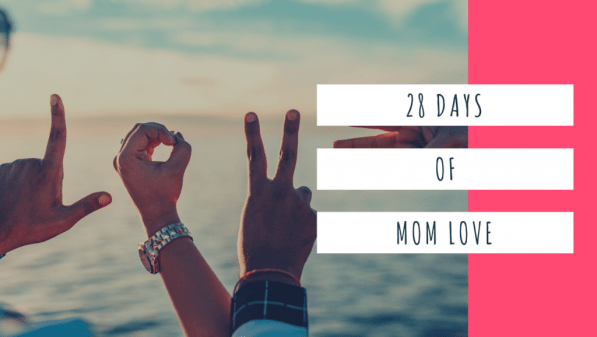 Being a mom is hard.  It’s the single most exciting, exhausting, stressful and rewarding job I have ever had.

I think some mom’s go into the idea of motherhood with rose colored glasses on.  I know I did.  If you would’ve asked me the kind of mom I was going to be before kids (or heck, even when I was pregnant) I would have responded with something that resembled the pristine picture of perfection (I’m talking Stepford wives would be jealous) and I honestly thought it really could not be THAT hard.

I’m sure every parent out there is laughing … I know, I know … I’m laughing as I write it! Oh, naive pre-baby me… you know so little.

I also know it is THAT amazing and I wouldn’t have it any other way.

Once my daughter arrived I quickly realized how wrong I was with my pre-baby notions. I missed sleep, showers, and the ability to have just one second to myself.

This whole outlook changed in a moment for me though.

When my daughter was two and a half weeks old I thought something was wrong.  I scheduled an appointment for the doctor’s, and heard the typical “you must be a new mom” comment’s because many of my “self-researched” suggestions only pointed to ‘slim chances’ and most likely me being an overconcerned parent.

We left the doctor’s visit in a controlled panic (yes, that’s a thing)!  The doctor told me I needed to get my daughter to the Children’s hospital as soon as possible because her life may depend on it.

Nothing a parent should hear. Ever.

My Adrenalin kicked in like nothing I had ever experienced before (and I’ve been skydiving).  My daughter ended up being a unique case.  She had internal bleeding in her intestine that every doctor said was from some different issue. 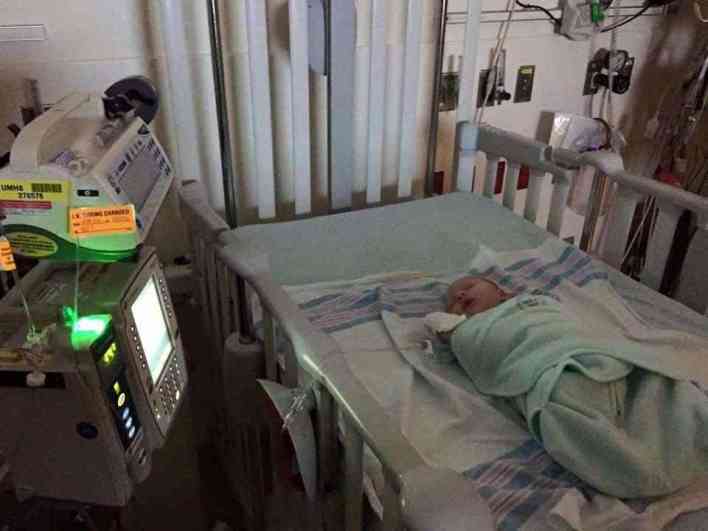 I was sitting in the hospital room, looking at my two and a half week old, hooked up to machines and IV’s.  The last of the three teams of doctors on our case had just spoke to me (you read that right, we had 3 (THREE) entire teams of doctors weighing in).  Not one of these teams could agree with the other.  Every team thought it was something different, and every team cited the exact same symptoms as to why they were right and the other teams were wrong.  All the things it could be were bad, some worse than others, and every singe one had a different treatment plan.

My Husband and I were told to decided what treatment to go with. The reality being my daughter’s life quite literally depended on that one decision.

Now THAT, was hard.

Thankfully we made the right decision and a week later my daughter was released.  She is now a beautiful toddler, so full of life.

It took that moment, sitting in the hospital, talking with my husband about treatment plans, full well knowing that this one decision would shape the rest of our lives.  It took that one moment, to completely change everything for me.

In that moment I was begging to have those sleepless nights, begging for the shower-less days and as far as I was concerned, I never needed a moment to myself again.  As long as my daughter could recover I would do with or without absolutely ANYTHING.

That moment gave me perspective as a mother.  Not everything had to be perfect, not everything was rainbows and butterfly’s, but absolutely everything, was beyond a shadow of a doubt, worth it!

It made me appreciate the sleepless nights (and days), the fact that I’d rarely be able to use the bathroom alone again, and (even now) every terrible moment the terrible two’s has to offer me.

Yes… even today, when my daughter was kicking and screaming in the middle of an isle at Target.  Over a not being able to see the Fish (that target doesn’t even have in the first place).  I appreciated it.

I may not want to appreciate those moments, but I always think – at least I have this moment.  At least I am able to know my daughter apparently REALLY likes to look at fish.  So much so, that it requires a complete meltdown if we don’t.   At least I was given the gift of being able to experience the terrible twos, in all of its tantrum-filled glory, because one very specific decision, when she was two and half weeks old, could have taken those moments from me.

Being a mom is hard, there is no other way to put it.  But it’s so worth every good (and bad) moment! 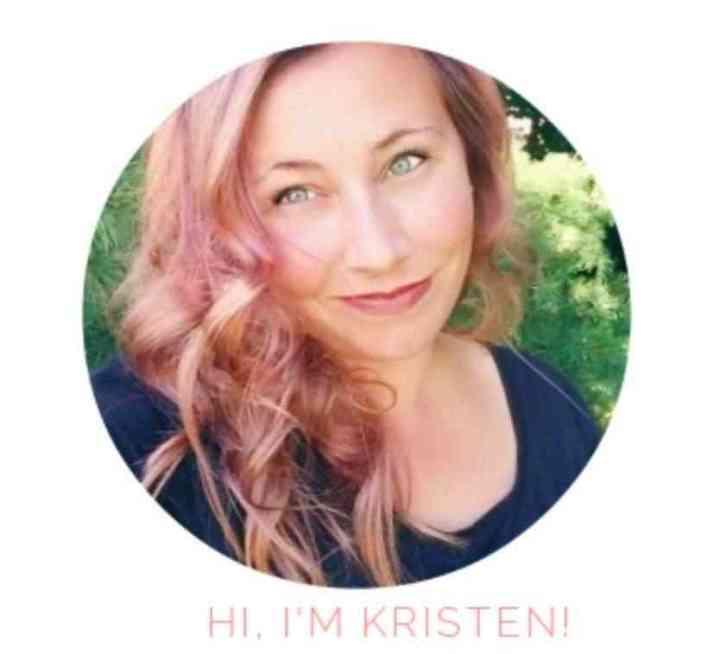 I’m the Blogger behind Entirely Kristen I’m a wife and Mama to a beautiful baby girl (and three fur-baby’s).  Life has taught me to roll with the punches and embrace the crazy.  So, I decided to share my crazy, fun, and to be honest sometimes boring (we all have those days) life with everyone on my blog and YouTube Channel.  I would love to have to you join in the adventure.  See you at my blog! 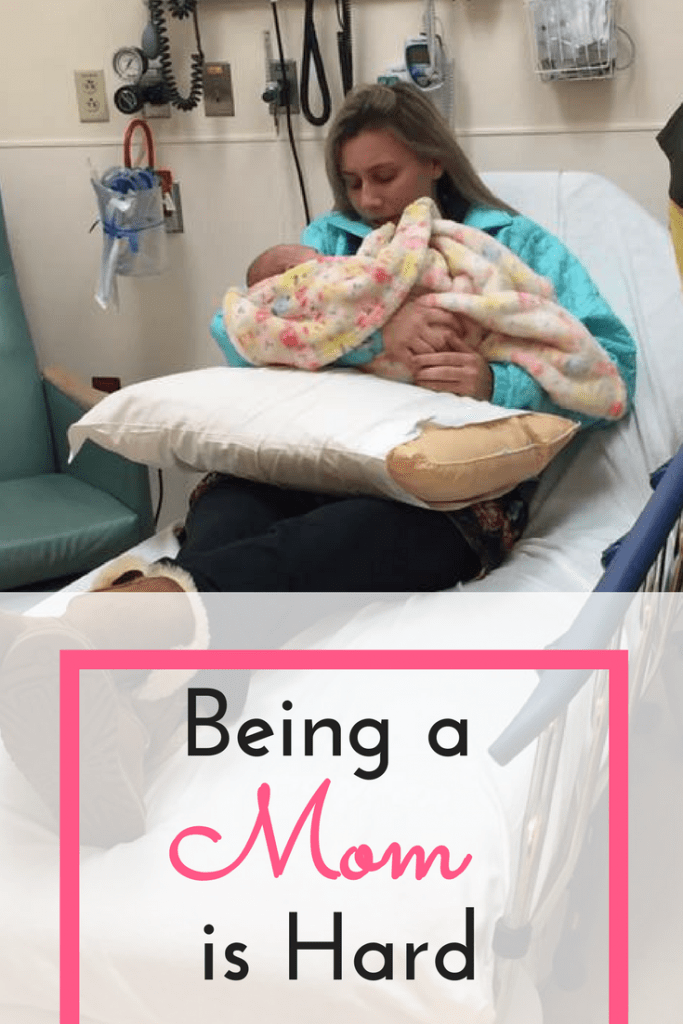 5 Reasons to Invest in a At-Home Microdermabrasion Device 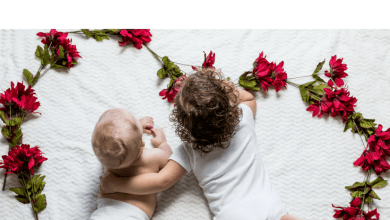 Ending 28 Days of Mom Love By Sharing My Mom Love 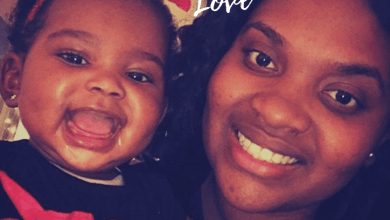 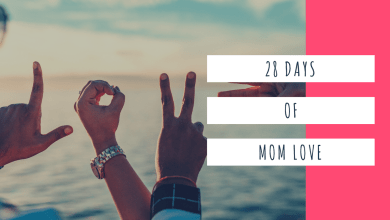 My Reason for Motherhood 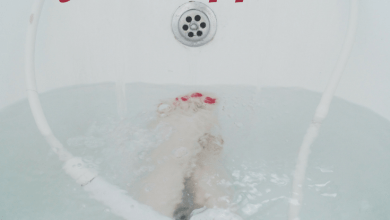